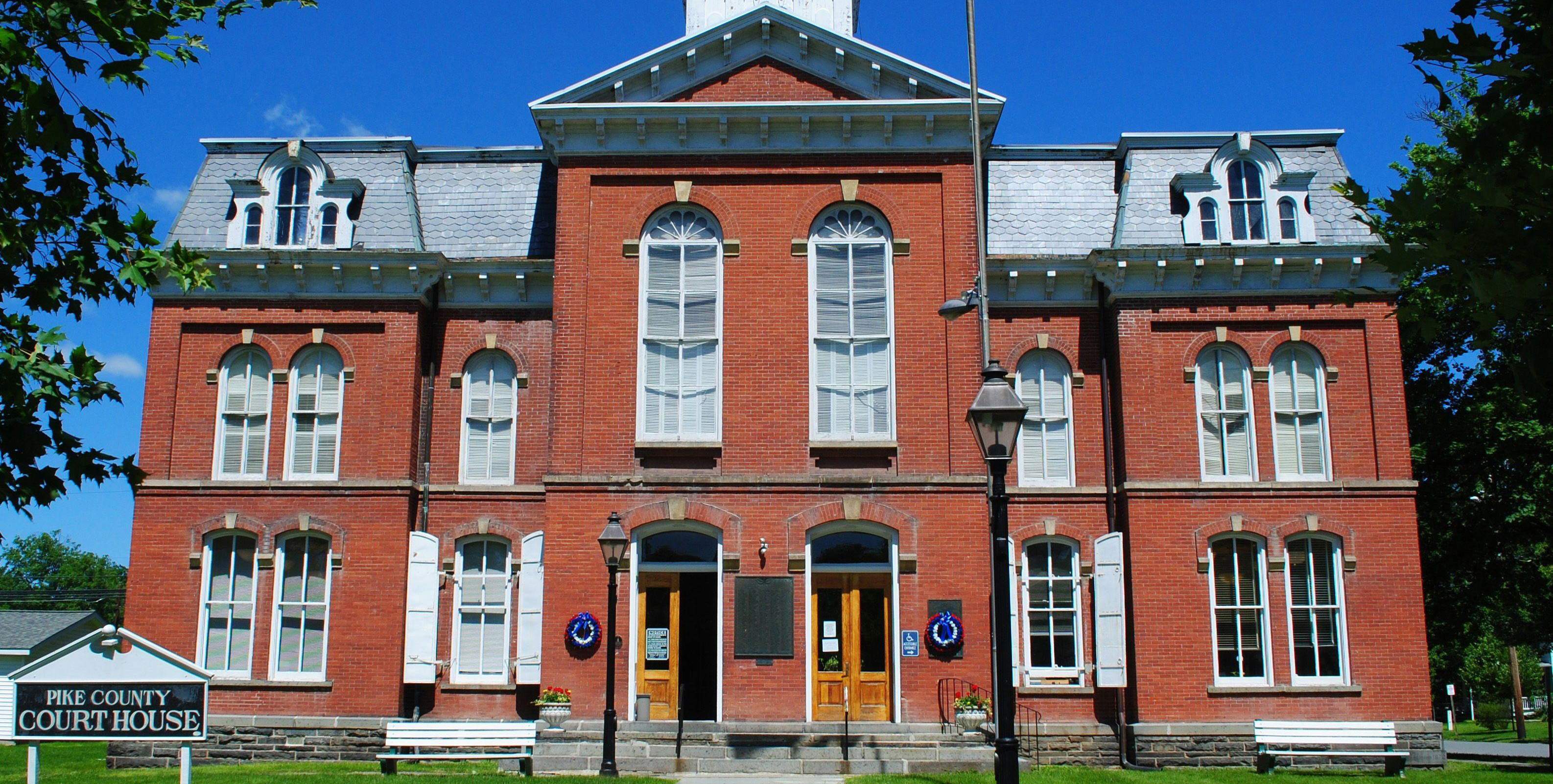 To get updated information on how the corona virus is effecting our courts, please visit our
News Media Page.

Pike County is one of 60 separate judicial districts that comprise Pennsylvania's unified judicial system. As one of three equal independent branches of state government, Pennsylvania's Unified Judicial System's role is to preserve the rule of law and guarantee the rights and liberties of citizens. The 60 Judicial District encompasses the geographical boundaries of Pike County. The Court consists of one President Judge, one Senior Judge, and covers four Magisterial Districts.  Common Pleas Judges serve ten year terms and are elected officials employed by the Commonwealth of Pennsylvania.